How to Prepare Your Hiring Team to Conduct Effective Interviews 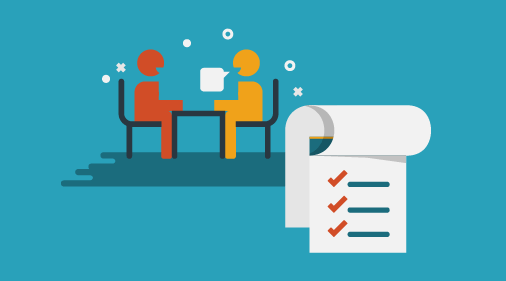 Although often overlooked, using tools like an interview template as well as training your hiring managers to be strong interviewers is a critically important part of an effective CRA hiring process. Having well-trained interviewers will protect your company from mistakes such as asking inappropriate questions that can lead to lawsuits due to unintentional discrimination. Additionally, using seasoned interviewers can mitigate errors when it comes to hiring a new team member as the risk of overlooking a terrific candidate is just as real as hiring a fraudulent or poor quality candidate.

Obtaining better hires is the goal, as hiring the wrong candidate will cost you. According to ZipRecruiter, 41% of companies believe bad hires cost them over $25,000, while 25% put the price tag at over $50,000. And of course, this doesn’t consider the soft costs associated with the negative impact bad hires have on employee morale and customer satisfaction.

So, how do you build a training program for your hiring managers so they can be experts at conducting effective interviews? Here are some tips to help guide you in building a successful training program.

Ensure a strong training focus on “The Rules”

The most important topic for your training program is to ensure a clear understanding of labor and employment laws. Be sure to train your hiring managers about protected classes and how they must be considered when interviewing. When building this portion of your training, make sure you consult federal EEO laws such as Title VII of the Civil Rights Act of 1964, the American with Disabilities Act of 1990, and the Age Discrimination in Employment Act of 1967. It is also important to understand state employment laws, keeping in mind that the state you are most concerned with is the residence of your CRA candidate(s).

Be sure to include the purpose of the laws, what actions by the hiring managers are considered unlawful or prohibited, as well as the penalties for violating these federal and/or state regulations.

Use an Interview Template to drive Consistency

While you want the interview to naturally evolve into a conversation, the main interview questions must be the same for everyone.

“Ask the same questions of every applicant for the same job. By doing this, you can evaluate each candidate on the same questions and responses and reduce potential discrimination claims.” – Eugena Bellamy, Marketing & Sales Coordinator at StaffScapes, Inc.

Since deviating from using the same base interview questions can be the root of discrimination, following an interview template will keep you on track. Also, because each candidate is asked the same set of questions, when you have finished speaking to every candidate you are able to conduct an “apples to apples” comparison when reviewing your notes.

And speaking of ‘reviewing your notes’, no matter how great your memory is, I challenge you to remember the details of every interview you have ever had.  An interview template will afford you a place to write notes and reactions as the candidate responds to the questions and will give you a tremendous reference later, (sometimes many days later), when you are deciding which candidate to move into the next qualification step.

Train interviewers to be conscious of their own body language

As an interviewer, you should learn how to be aware of and control your own body language in order to conduct effective interviews. Candidates will be watching you during the interview and if you are not careful, they will take cues from you which may skew the interview results. Some things to consider:

Train interviewers to be conscious of the candidate’s body language

Similarly, being able to read the candidate’s body language will help when it comes to interpreting important cues.  Are they maintaining eye contact? Are they unusually nervous or seem fidgety? Are they prepared for the interview? Do they seem genuine or do you feel they may be embellishing or outright lying about their experiences?

Learn how to be okay with the ‘awkward silence’

This part of the training program should focus on the development of active listening skills. An interviewer who spends the majority of the interview talking about his own accomplishments and what it’s like to work for the company will rarely make a good hiring decision, simply because he hasn’t given the interviewee enough time to describe her skills and qualifications.  Said differently, the candidate should do most of the talking. Your job as the interviewer is to collect as much information about the candidate’s skills, qualities and goals as possible, and you can’t do that if you are doing all the talking.

It is human nature to want to fill dead air during a conversation. However, a well trained interviewer understands that filling the awkward silence with small talk can be counterproductive to the goals of an effective interview. Interviewers must learn to properly use awkward silence as an interview tool, letting the candidate deal with the gap in conversation themselves.

How the candidate deals with the awkward silence will tell you a lot about her. Did she start rambling, telling jokes or gossiping? Or alternatively did she shift to asking meaningful and thoughtful questions? I coach my candidates to ‘take control’ of the interview when there is a lull in conversation because how the candidate acts during the gaps between questions will tell you a lot about her ability to focus as well as her character.

“Don’t talk too much. It’s human nature to want to fill the ‘dead air’ in a conversation, but one of the best ways to explore a candidate’s thinking is to resist the urge to fill that dead air and instead let them do so. When the human mind starts racing for things to talk about a lot of the filters get pushed aside, and that’s when you see what’s really behind the pre-planned answers.” – Rich Enos, CEO & Co-Founder of StudyPoint, Inc.

This portion of the training program will focus on better understanding each interviewer’s personal bias. Recognizing that everyone has biases is the first step in being able to put them aside so as to instead focus strictly on the candidate’s qualifications.  Here are some examples of unconscious biases interviewers may have as well as their potential impacts:

Set Expectations by Defining the Logistics

Make sure your training program outlines what you expect of your Interviewers.  Examples may include:

Using these tips will help you build a training program for your hiring managers so they can be experts at conducting effective interviews.

PS – if you would like some assistance creating an interview template, we will be happy to provide some free assistance.  Just leave a message in the comments section below or shoot us a quick email (recruiting[AT]craresources.com) and we will be in touch!

Dedicated to Every Client’s Success,